UK to infect volunteers with coronavirus in trials for early vaccine` 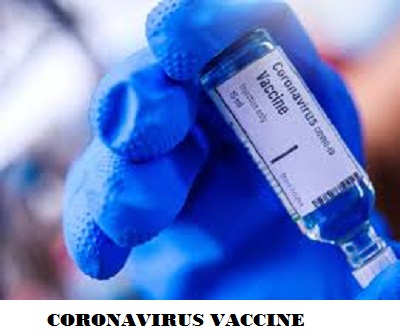 The first trials to deliberately infect people with the coronavirus to accelerate the development of vaccines could occur in the UK next year as part of an agreement reached by the government.

Britain signed a contract with Open Orphan Plc and its London-based unit, hVivo, that paves the way for human challenge trials, the company said on Tuesday. The plan is to manufacture the virus and conduct a study to determine how much of the pathogen to expose volunteers to in the trials.

The tests, backed by 33.6 million pounds ($43 million) in government funding, would be carried out at the Royal Free Hospital’s specialist research unit in London, with Imperial College London as a partner. The company didn’t comment on which vaccines could be used in challenge trials.

The agreement could be a turning point in the debate over whether to conduct such studies, which could help researchers to combat the virus but expose healthy volunteers to potential risks. A campaign to launch challenge trials has gained momentum as the virus continues to advance globally, and tens of thousands of people around the world have signed up to participate.

Some public health specialists have questioned whether the studies are justified, citing the lack of treatments to save people who are seriously ill along with unresolved questions about the virus, including why some young and otherwise healthy people end up with complications months after experiencing mild symptoms. Proponents have said the risks would be minimized by selecting younger people who don’t have underlying health conditions.

The study to identify the most appropriate dose of the virus is expected to be completed in May and will require regulatory and ethical approval, the company said. The initial goal is to discover the smallest amount of the virus it takes to cause infection in small groups of healthy people between 18 and 30 years old who are at the lowest risk of harm, according to the government. As many as 90 volunteers could be involved in that phase.

The work will give researchers new insights into the coronavirus and the vaccine candidates, according to Kate Bingham, chair of the government’s vaccine task force. “There is much we can learn in terms of immunity, the length of vaccine protection, and reinfection,” she said.

Front-runners Pfizer Inc. and AstraZeneca Plc have said they have no plans to carry out challenge studies, while other vaccine makers such as Johnson & Johnson are looking at them cautiously.

Britain is ideally positioned because its researchers and regulators have experience with challenge trials and hVivo is based in the country, Adrian Hill, director of the University of Oxford’s Jenner Institute, said earlier this month.