Following the withdrawal of Western certifiers due to international sanctions against Moscow, India is now providing safety certification for dozens of ships managed by a subsidiary of the leading Russian shipping company Sovcomflot, according to official data. This has enabled oil exports to India and other countries.

After insurance, certification from one of the top classification organizations in the world, the Indian Register of Shipping (IRClass), adds the final piece of documentation required to keep the state-owned Sovcomflot tanker fleet operational and transporting Russian crude oil to foreign markets.

According to information gathered from the IRClass website, more than 80 ships operated by SCF Management Services (Dubai) Ltd, a Dubai-based organization identified as a subsidiary on Sovcomflot’s website, have been certified by IRClass.

The majority of Sovcomflot’s boats have reportedly transferred to IRClass via the Dubai branch, according to an Indian shipping source acquainted with the certification procedure.

To obtain insurance and get access to ports, classification societies certify that ships are seaworthy and safe.

Due to severe sanctions imposed as a result of Moscow’s invasion of Ukraine, the Russian crude oil industry has been obliged to look for consumers outside of the West and rely on Russian transporters and insurers to manage its shipments.

Given its long-standing security relations with Russia, India has refrained from criticizing the latter but has recently increased its purchases of Russian crude oil. 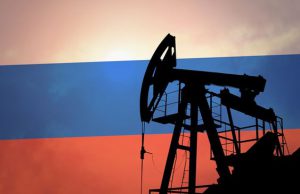 Numerous oil importers avoided doing business with Russia as a result of Western sanctions, which caused spot prices for Russian crude to fall significantly relative to other grades.

Due to high freight expenses, Indian refiners used seldom purchase Russian oil, thus this gave them a chance to get cheap crude. In May, over 16.5 percent of India’s total oil imports were Russian grades, compared to just 1 percent for the entire year 2021.

One of the 11 members of the exclusive International Association of Classification Societies (IACS), which certifies more than 90% of the world’s cargo-carrying tonnage, is India’s ship certifier.

Before its withdrawal from the association in March after a vote by 75% of IACS members, the Russia Maritime Register of Shipping was also a member. A certifier is often more appealing to insurers, ports, flag registries, and shipowners looking for safety assurances if it is a member of IACS, which establishes technical standards.