Oil prices fell slightly on Wednesday as investors awaited more clarity on a potential Russian missile strike against Poland, while mixed U.S. inventory data and concerns over slowing Chinese demand also brewed more uncertainty in the market Crude markets were focused squarely on the North Atlantic Treaty Organization’s (NATO) response to a Russian-made missile killing two people in the eastern part of Poland. U.S. President Joe Biden said it was “unlikely” that the missile was fired from Russia, and that the source of the strike was still under investigation. Biden convened an emergency meeting of the Group of Seven countries and NATO leaders in Indonesia on Wednesday to discuss the blast. The alleged strike coincided with a series of Russian missile attacks against Ukraine earlier on Wednesday. The strike, if of Russian origin, would be the first time since the invasion of Ukraine that Russian arms struck in a NATO country. U.S. ministers warned that there would be consequences if the strike was found to be intentional. London-traded Brent oil futures fell 0.3% to $93.60 a barrel, while West Texas Intermediate oil futures fell 0.4% to $86.58 a barrel by 22:18 ET (03:18 GMT). A potential escalation in the Russia-Ukraine conflict is likely to boost oil prices with the prospect of more supply disruptions. 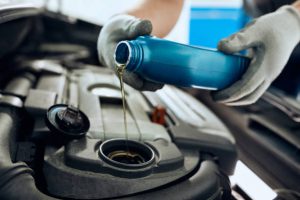 Crude Prices Had Surged to Near $140 a Barrel- Their Highest Level Since The 2008 Financial Crisis.

at the onset of the Russia-Ukraine conflict earlier this year. They had since retreated sharply on fears that rising inflation and interest rates could crimp crude demand. Data released on Tuesday painted a somewhat mixed picture of U.S. demand. While the American Petroleum Institute said crude inventories shrank far more than expected last week, gasoline inventories, a key indicator of consumer-level demand in the country, grew 1.7 million barrels. Rising COVID-19 cases in major importer China also cast doubts over global crude demand, as the country introduced more curbs in its economic hubs to stymie a surge in infections. But softer-than-expected U.S. inflation data provided some positive cues for crude markets. Readings this week indicated that inflation may have peaked this year, necessitating less hawkish moves from the Federal Reserve. The dollar slipped to a three-month low after the data, spurring gains in oil prices. Disruptions in crude supplies, with the reported suspension of the Druzhba pipeline in eastern and central Europe, also provided positive cues for prices.