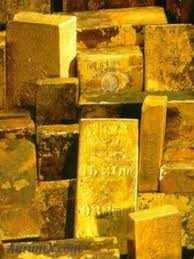 Gold was down on Monday morning in Asia, with investors retreating from the yellow metal amid positive COVID-19 vaccine news. The increased risk appetite offset support from a weaker dollar and hopes that the U.S. will pass its latest stimulus measures.

Holdings in SPDR’s Gold Trust fell 0.32% to 1,175.99 tons on Friday from Thursday’s 1,179.78 tons. The U.S. Commodity Futures Trading Commission also said on Friday that hedge funds and money managers raised their bullish positions in COMEX gold and silver contracts in the week to Dec. 8.

The U.S. Food and Drug Administration (FDA) granted emergency use authorization of BNT162b2, the COVID-19 vaccine co-developed by Pfizer and BioNTech SE . The Dec. 11 approval will see the first U.S. deliveries of BNT162b2 later in the day.

Meanwhile, the text of the bill for a bipartisan $908 billion COVID-19 package will be released later in the day. The package could reportedly be split into two in order increase its chances of approval by both Democrats and Republicans.

Across the Atlantic, the U.K. and the European Union will “go the extra mile” to reach a post-Brexit trade deal. The two sides extended the deadline that was initially set for Sunday and negotiators will work to reach a deal in the coming days.